Here we will look at a solution for instances where you have a crash whilst using the Unreal Editor, and you can’t see a call stack in the Crash Reporter. Instead of showing the full call stack, Crash Reporter just shows a bunch of lines saying UE4Editor_CoreObject. 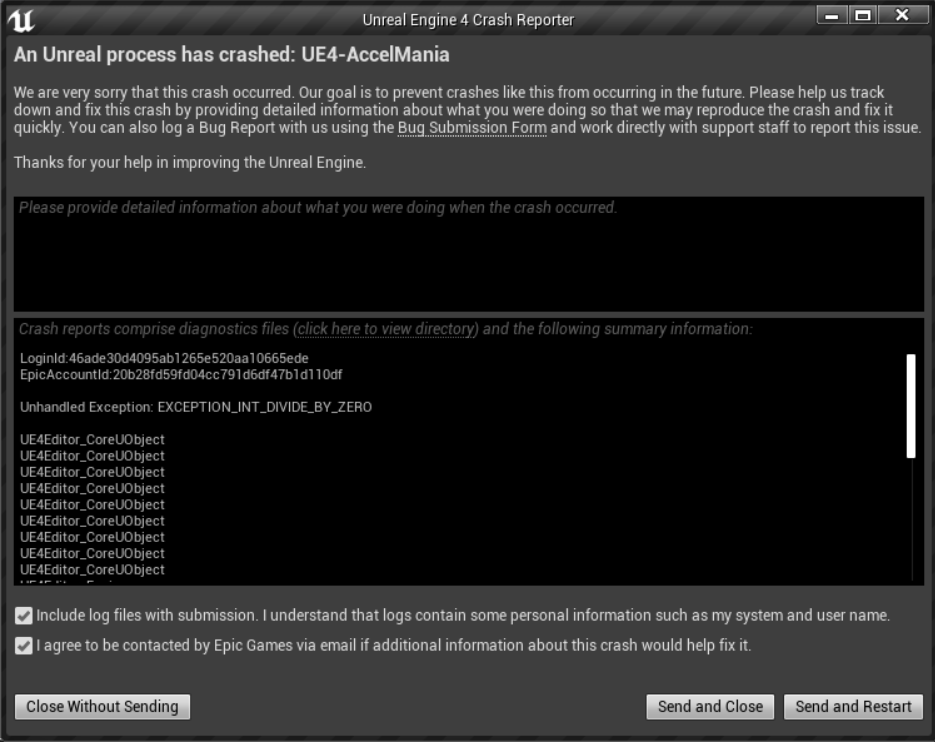 When this crash is sent to the BlackBox server, we still can't get full debug information because we have no PDB symbol file, so the stack trace will look like this:

What is missing here is all the debug information for Unreal Editor itself that is needed to build a stack trace during a crash within Unreal Editor.

This is easy to find, we just need the correct setup in Unreal Editor. Let's fix it here.

If you are using Unreal Engine from the Epic Launcher, you can download the PDB symbol file that's needed to parse the call stack.

We're all done. You should now get your call stack on any Unreal Editor crashes moving forward.